Chappelle's Show is an American sketch comedy television series created by comedians Dave Chappelle and Neal Brennan, with Chappelle hosting the show as well as starring in various sketches. Chappelle, Brennan and Michele Armour were the show's executive producers. The series premiered on January 22, 2003, on the American cable television network Comedy Central. The show ran for two complete seasons and a third, truncated season. After numerous delays, production of the third season of the show ...
Trailer 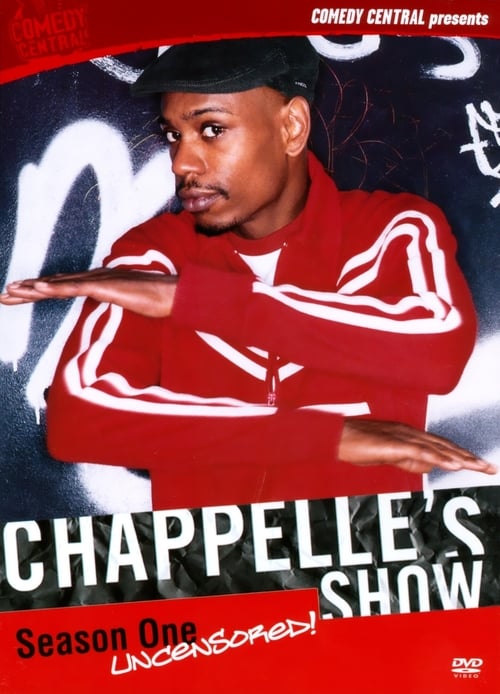 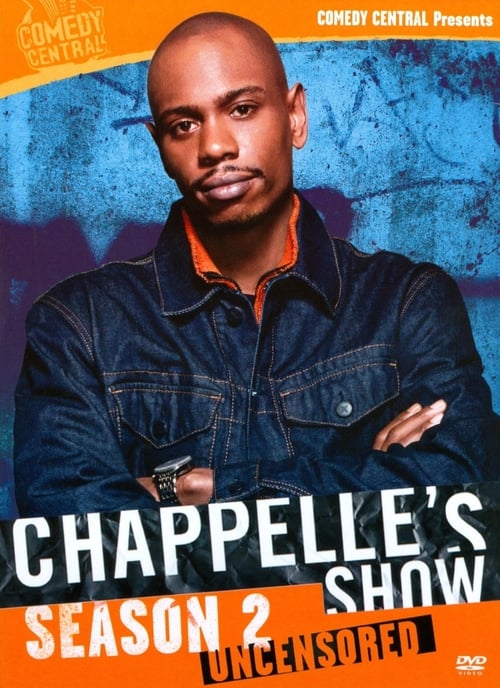 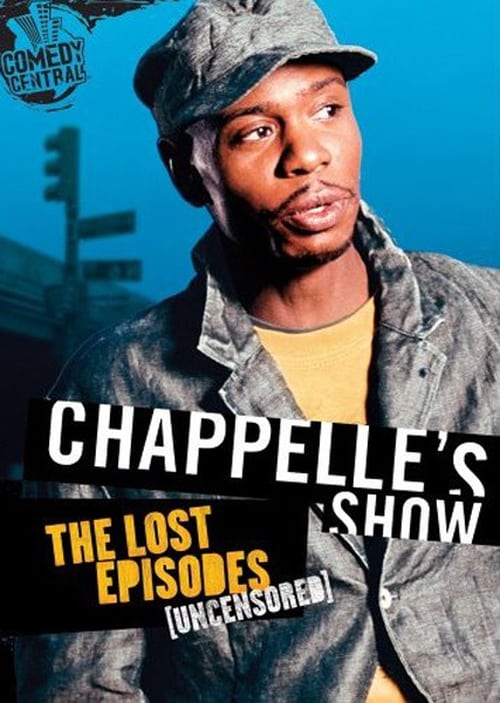 Little Britain is a British character-based comedy sketch show which was first broadcast on BBC radio and then turned into a television show. It was written by comic duo David Walliams and Matt Lucas. The show's title is an amalgamation of the terms 'Little England' and 'Great Britain', and is also the name of a Victorian neighbourhood and modern street in London. The show comprises sketches involving exaggerated parodies of British people from all walks of life in various situations familiar to the British. These sketches are presented to the viewer together with narration in a manner which suggests that the programme is a guide—aimed at non-British people—to the ways of life of various classes of British society. Despite the narrator's description of great British institutions, the comedy is derived from the British audience's self-deprecating understanding of either themselves or people known to them.

30 Rock is an American television comedy series that ran on NBC from October 11, 2006, to January 31, 2013, and was created by Tina Fey. The series, which is loosely based on Fey's experiences as head writer for Saturday Night Live, takes place behind the scenes of a fictional live sketch comedy series depicted as airing on NBC. The series' name refers to 30 Rockefeller Plaza in New York City, the address of the GE Building, in which the NBC Studios are located.

A series of pop-culture parodies using stop-motion animation of toys, action figures and dolls. The title character was an ordinary chicken until he was run down by a car and subsequently brought back to life in cyborg form by mad scientist Fritz Huhnmorder, who tortures Robot Chicken by forcing him to watch a random selection of TV shows, the sketches that make up the body of each episode.

A late-night live television sketch comedy and variety show created by Lorne Michaels. The show's comedy sketches, which parody contemporary culture and politics, are performed by a large and varying cast of repertory and newer cast members. Each episode is hosted by a celebrity guest, who usually delivers an opening monologue and performs in sketches with the cast, and features performances by a musical guest.

A British sketch comedy series with the shows being composed of surreality, risqué or innuendo-laden humour, sight gags and observational sketches without punchlines.

Nick Cannon and an A-list celebrity lead a team of improv comedians as they compete against each other.

Comedian Kapil Sharma interacts with celebrity guests about their latest films while keeping the audience laughing with his wit, humour and assorted skits.

Satirical sketch comedy set and filmed in Portland, Oregon that explores the eccentric misfits who embody the foibles of modern culture.

The Benny Hill Show is a British comedy television show that starred Benny Hill and aired in various incarnations between 15 January 1955 and 30 May 1991 in over 140 countries. The show focused on sketches that were full of slapstick, mime, parody, and double-entendre. Thames Television cancelled production of the show in 1989 due to declining ratings and large production costs at £450,000 per show.

The Goodies is a British television comedy series of the 1970s and early 1980s. The series, which combines surreal sketches and situation comedy, was broadcast by BBC 2 from 1970 until 1980 — and was then broadcast by the ITV company LWT for a year, between 1981 to 1982. The show was co-written by and starred Tim Brooke-Taylor, Graeme Garden and Bill Oddie. Bill Oddie also wrote the music and songs for the series — while "The Goodies Theme" was co-written by Bill Oddie and Michael Gibbs. The directors/producers of the series were John Howard Davies, Jim Franklin and Bob Spiers. An early title which was considered for the series was Narrow Your Mind and prior to that the working title was Super Chaps Three.

In Living Color is an American sketch comedy television series that originally ran on the Fox Network from April 15, 1990, to May 19, 1994. Brothers Keenen and Damon Wayans created, wrote and starred in the program. The show was produced by Ivory Way Productions in association with 20th Century Fox Television and was taped before a live studio audience at stage 7 at the Fox Television Center on Sunset Boulevard in Hollywood, California. The title of the series was inspired by the NBC announcement of broadcasts being presented "in living color" during the 1950s and 1960s, prior to mainstream color television. It also refers to the fact that most of the show's cast were black, unlike other sketch comedy shows such as Saturday Night Live whose casts are usually mostly white. Other members of the Wayans family—Kim, Shawn and Marlon—had regular roles, while brother Dwayne frequently appeared as an extra. The show also starred the previously unknown actor/comedians Jim Carrey, Jamie Foxx, and David Alan Grier. Additionally, actress Rosie Perez, Dancing with the Stars judge and choreographer Carrie Ann Inaba and dancer Jennifer Lopez were members of the show's dance troupe The Fly Girls. The series won the Emmy for Outstanding Variety, Music or Comedy Series in 1990.

An Israeli satire show featuring satirical references to current affairs of the past week through parodies of the people involved, as well as the thoughts of recurring characters. One of the most watched and influential shows on Israeli TV.

Broadcast on December 31st, Bye Bye is a comic year-in-review which consists of sketches that parody the political, cultural and social events of the past year.

Seth MacFarlane's Cavalcade of Cartoon Comedy is an American cartoon web series created by Seth MacFarlane. The series is based on the cutaway jokes on Family Guy.

The League of Gentlemen

The League of Gentlemen is a British comedy television series that premiered on BBC Two in 1999. The show is set in Royston Vasey, a fictional town in Northern England based on Bacup, Lancashire. It follows the lives of dozens of bizarre townspeople, most of whom are played by three of the show's four writers—Mark Gatiss, Steve Pemberton, and Reece Shearsmith—who, along with Jeremy Dyson, formed the League of Gentlemen comedy troupe in 1995. The series originally aired for three series from 1999 until 2002 followed by a film in 2005. A three-part revival mini-series was broadcast in December 2017 to celebrate the group's 20th anniversary.

Based on Scott Aukerman’s popular podcast of the same name, COMEDY BANG! BANG! cleverly riffs on the well-known format of the late night talk show, infusing celebrity appearances and comedy sketches with a tinge of the surreal. In each episode, Aukerman engages his guests with unfiltered and improvisational lines of questioning, punctuated by banter and beats provided by bandleader, one-man musical mastermind Reggie Watts, to reinvent the traditional celebrity interview. Packed with character cameos, filmic shorts, sketches and games set amongst an off-beat world, COMEDY BANG! BANG! delivers thirty minutes of absurd laugh-loaded fun featuring some of the biggest names in comedy.

Bo' Selecta! is a British sketch show written and performed by Leigh Francis, which lampoons popular culture and is known for its often surreal, abstract toilet humour.

A Bit of Fry and Laurie

A Bit of Fry & Laurie is a British sketch comedy television series written by and starring former Cambridge Footlights members Stephen Fry and Hugh Laurie, broadcast on both BBC1 and BBC2 between 1989 and 1995. It ran for four series and totalled 26 episodes, including a 35 minute pilot episode in 1987. As in The Two Ronnies, elaborate wordplay and innuendo were staples of its material. It frequently broke the fourth wall; characters would revert into their real-life actors mid-sketch, or the camera would often pan off set into the studio. In addition, the show was punctuated with non-sequitur vox pops in a similar style to those of Monty Python's Flying Circus, often making irrelevant statements, heavily based on wordplay. Laurie was also seen playing piano and a wide variety of other instruments and singing comical numbers.

Based on the best-selling children's books and liberally splattered with guts, blood and poo, a group of British comedians offer an anarchic and unconventional take on some of history's most gruesome and funny moments, with topics including the Stone Age, the Middle Ages, the Egyptians and the Romans, among others.